she's just not that into you...

The no-excuses truth to understanding girls.
by Tange and Britt 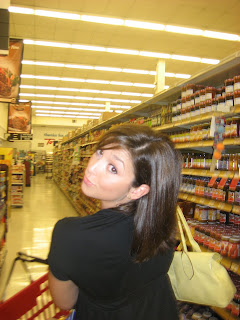 It has recently come to our attention that although the book has been written on how to spot the red flags guys throw up when they are not into a girl, there is no such equivalent written to the other gender... men. So, in an effort to save all the clueless guys out there from wasted cell phone minutes, squandered date money, and akward conversations, we've put together of a list of the tell-tale indicators she's just not that into you.
She's just not that into you if...

1. She doesn't google you. If a girl is into you she is dying to know everything about you. Where did you grow up? How many siblings do you have? Where did you go to college? What was your degree in? Where do you work? Girls want to know that you have similar interests to determine if this might be more than just a free meal. Questions are an automatic green light. If she's not asking questions, she's just not that into you.

2. She doesn't call/text you back. If you find yourself calling the girl one, two, and three times before you reach her, chances are she's not interested. In fact, she probably just picked up that fourth time so you would quit calling for a while. Even worse, she answers the fourth call with a statement along the lines of, "What's wrong? Did something happen? Oh no, your dog didn't die, did he?" Consecutive unanswered calls mean she's actually screening you, hoping you will give up (or lose your cell phone, and thus her number, in the meantime). If a girl really likes you, she'll pick up and/or call you back most of the time. If you find yourself talking to her voicemail more often than you're talking to her, she's just not that into you.

3. When you do get her on the phone, she yawns ocassionally and sporadically makes reference to the magazine she's reading or tv show she's watching. Intruiging conversation? Hardly. Excitement in her inflection? Never. Guys, a girl's tone can tell you a lot, so pay attention next time your rattling off some story that makes you sound macho and cool. If time and time again you get a less than two-word response, its not because you're a bad story teller or the subject matter is weak. When a girl is truly interested, she will probably act intrigued by the simplest of statements and at the very least, she will be attentive and fully engaged in the conversation. So if you hear the pages of UsWeekly rustling in the background on her end of the phone line, take the hint, she's just not that into you.

4. You've never seen her with makeup on. Lets face it--girls are vain. We got our first pair of fake plastic heels when we were three and by now we are pretty good at wearing them. We like dressing up. Actually, no, not all girls like dressing up--but we do all like feeling pretty. And the prettier we feel, the better we think our chances are with you. If a girl is into you she's sporting a new outfit at even the off chance she might see you. So, if the last sixteen times you have seen your dig she was in running shorts and a ponytail, she's just not that into you.

5. She's busy the first, second, and third time you ask her out. It's not a coincidence. It's a signal. Actually, it's large, red, flashing, flourescent light. It's a message that says, "Hey! Einstein, I don't want to go out with you!" She is not testing your persistence or playing hard to get. Sure, a girl may try to appear somewhat unavailable in the beginning, but if she's really digging your chili, chances are she's not going to deny three consecutive requests. The third no is your sure-fire sign that she's just not that into you.

Don't get discouraged. Girls do not want to hurt your pride and we are flattered by the interest, but these not-so-subtle codes are our way of trying to break it to you that we just aren't into you. So next time you get the hunch she might be sending you an uninterested vibe, don't waste your energy because wasting time on the wrong girl is just time wasted.


*If you still have questions, try listening to Lily Allen's "Knock Em Out." She does a great job of really breaking it down.
Posted by LC (and sometimes LB) at 8/17/2007

I was with you until you referenced Lily Allen!? Really!?

My favorite is "When you do get her on the phone, she yawns ocassionally...". I probably wouldn't have picked up on the occasional yawn, but after reading this I will be paying close attention.

What about if you make dinner-date plans with someone and you show up at their house to pick them up and no one is home, and then they say that they had to work late?