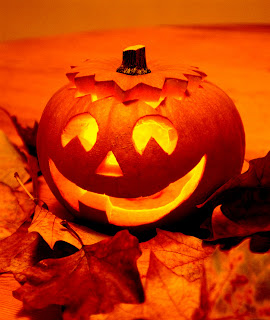 1. The most popular news story on CNN.com today is entitled "Seinfeld: Wife not guilty of vegetable plagiarism." WHAT?

2. Ange (with an e) and I have been playing outside lately. On the monkey bars, at the tennis court, and on the basketball court. Just like little kids.

4. To my gurlz...today is the perfect excuse for you to dress up like the skanky-ass sluts that you really are. Go for it.

Jesus sent LC a good guy, so she called Brody to not watch a movie.

LC used pseudo-model Gavin to get Brody’s attention and it worked. Of course. Thank you, MTV, for your editing tricks. Speaking of editing tricks…

Spencer’s facial hair makes no sense to me. One segment it’s full-on, the next it’s gone. I am so confused.

Heidi and Spencer are about to blow up. I don’t see how their relationship can last much longer. Heidi seems to be figuring Spencer out and Spencer isn’t doing much to stop it. Maybe Heidi’s record dropping will bring them closer together. Oh wait, doesn’t she have a real job now? Where in the world did she find time to record an album? So many questions…

I think Brody and Lauren might be good together. Ugh, gag me for saying that. But, when they’re together they seem to be somewhat faux-happy. So, good for them.

I’m going to start googling churches in LA and then post them on their myspace pages.
Posted by LC (and sometimes LB) at 10/23/2007 No comments:

The Hills...Reunited and It Feels So Good

I am so glad I have a personality.

Jen Bunney seems to need a job. Why else would she be calling LC again? Come on, people, she is trying to ride this reality wave just like Spencer and Heidi. Her new nose is cute though.

LC confessed to Audrina that maybe she isn't an awesome friend and maybe she's been stepping on people's toes a little bit. Uh-oh, is someone growing up? Is someone realizing the error of her ways? Doubtful. But, she did apologize and had decided to let her friends make mistakes.

Lo's Quote of the Night, "Justin's a loser. Whatever! ... This store is addddooooorrrraaaabbbbbllllleeeee."

Jaclyn is a rarity. A fine example of who I want my children to be like someday. She has excellent hair and great teeth. Did I mention how great a dancer she is?

She is well-rounded. She can play video games and she was a cheerleader. She likes to sing country music and can do hip-hop choreographed dances.

12. She makes the best burned CDs. I think this is true. I can't say I've ever met anyone who could mix a CD like me.
11. When she drinks too much she can't feel her face. This is true. Luckily, it doesn't happen often.
10. She's effing hot. Obviously. I have no comment on this, but I did get some new eye shadow.
9. She knows who Franklin Pierce is. And when he was born. And when he died. And most of the details of his presidency. I adore Franklin. I don't think he was an awesome president, but he wasn't ugly. And it's important to know history. Plus, I like history. And I really like knowing stuff that other people don't.
8. She writes excellent hand-written notes. I have very nice penmanship.
7. She appreciates rap music. I appreciate a nice beat and a person's ability to rhyme. And I love to shake that azz.
6. She has great hair. I take care of it. I use proper products. I like my hair.

5. She can get away with wearing vans and polos all the time. I can work that.
4. She loves people so well. Except the ones I don't like.
3. She's funny. Like, real funny. Funnier than most. I took some classes as a child.
2. She chronicles the lives of her friends via facebook albums more efficiently than anyone we know. I know people who are better.
1. Her friendship just makes our lives better, richer, and fuller. We love her!!! Ditto Cowling. As in, my friends make my life better, richer and fuller.
Posted by LC (and sometimes LB) at 10/06/2007 No comments:

why we're glad LJ and Reg did the dirty.

In honor of LC's day of birth, I've asked a few of her closest friends what they love most about her. Here is a top twelve (couldn't narrow it down to just ten) list of why we love LC:


12. She makes the best burned CDs.
11. When she drinks too much she can't feel her face.
10. She's effing hot. Obviously.
9. She knows who Franklin Pierce is. And when he was born. And when he died. And most of the details of his presidency.
8. She writes excellent hand-written notes.
7. She appreciates rap music.
6. She has great hair.
5. She can get away with wearing vans and polos all the time.
4. She loves people so well.
3. She's funny. Like, real funny. Funnier than most.
2. She chronicles the lives of her friends via facebook albums more efficiently than anyone we know.
1. Her friendship just makes our lives better, richer, and fuller. We love her!!!
Posted by LC (and sometimes LB) at 10/05/2007 No comments:

"Please act like you have a family that raised you in some
shame based religion." -- Tina Fey, 30 Rock

The kids from The Hills obviously missed out on that boat.

Elodie from the corner! Who knew she had it in her to completely pull one over on Heidi?! She's all about covering for Heidi, too bad she quit! Bam! But, in normal people land, that act was completely awful, unprofessional and extremely immature.

Spencer might actually be an eight-year-old. After Heidi got the Elodie phone call, Heidi very sincerely says, “I love you,” and Spencer quips back, “No, you don’t!” He definitely got that from the “I’m Awesome” book.

Lo might be a skank? Who knew Lo made bad decisions? I was a little taken back by her make-out with Frankie, but she had already won me over earlier in the episode when she said, “First one to make Justin Bobby smile wins.” She’s just a step above everyone else in Los Angeles. I’m going to send some Baptists to knock on her door because I think if she accepts Jesus the others will soon follow.

Brody is worthless. What does he even do? His dad isn’t even THAT famous. I mean, his dad isn’t like, Harrison Ford or George Clooney or Johnny Cash. His dad is an Olympic medallist. Which is hardly a reason for Brody to be famous. Yet another reason I resent my father for working hard and providing a normal, stable, loving environment for me to grow up in. It’s impossible to ride a normal father’s coat-tails. Actually, maybe that is why I don’t resent him at all.
Posted by LC (and sometimes LB) at 10/02/2007 No comments: