Some days, you just have those days. Some weeks those days are every single day.
Like most people, I need things to get me through those days. This week, it's this video. This scary, creepy video of giant My Little Ponies singing, dancing and kicking their way around a stage.
Who would pay to produce this and who would pay to see this live and in-person? Whoever these people are, I want to kiss them. And thank them for making me laugh. Hard.
There are other people out there who really enjoyed this video. My two favorite comments from viewers are, "I want this played on loop at my funeral." and "I love this more than I could ever love a human baby."
This is why I think the InternetS was the greatest thing ever invented.
Posted by lc at 2/25/2010 No comments:

Alright, so let me get this straight: a sport can be an event in the winter Olympics if you do it on ice or snow? No, seriously, that has to be it. That has to be the logic behind why skiiing around a circle and shooting at a target would be an Olympic event. And if that's not it, then how in the hell did ice dancing make it? And if you're seriously telling me that a bunch of drunks didn't come up with curling because there were no more shuffleboards available at the local pub, then slap me and call me Susan.
I'm sure a lot of my animosity on this subject stems from the fact that up until I was 16 or 17 I seriously thought I was going to play college basketball and be some sort of champion for something other than a competition in my head or one I created myself in my driveway. But, I don't know...
Ice dancing? How is this any different than figure skating...oh, I know...it's not as hard! Tiring? Yes, probably. More difficult than walking? I'll give you that, but...they don't even jump. And the costumes look like outcasts from an off-off-off-off-off Broadway production or something. I just don't get it. Just because they are breaking it down on ice doesn't mean I should have to suffer through it in prime time. Also, if this is dancing, where are the body rolls? Where's the bumping and grinding? I didn't see one dancer drop it like it was hot once. I'm just saying.
If you've ever been to a farm or a ranch or just a pasture I'm sure you had a gun and you shot a can or a random log in a pond or something. Yes, I grew up in Arkansas and yes, I did that growing up, but I never expected to get a medal for it. I wasn't on skis, but still...walking in grass up to your knees is hard. What's next? Cow-tipping in the summer games?
The more I think about it the more most of these events seem like they came from a drunk person bored with sitting inside and drinking.
Drunk1: You bored?
Drunk2: I'm drunk.
D1: Get the swiffer, let's go outside.
D2: Sounds fun!
D1: Ok, I'll push this rock down to the other end of the ice, you get the swiffer and clean the ice.
Seriously? It's not a sport if you can wear make-up, hoop earrings and your hair down. It's just not.
Can you imagine a worse punishment than cross-country skiing? Forget water-boarding, let's make prisoners ski cross-country a few hours a day. They'd crack.
Posted by lc at 2/24/2010 1 comment:

So much to say, so much to say...
Clearly, we have to start with Johnny Weir, the bad "boy" of American figure skating. This "guy" is the Lady Gaga of the Olympics. It's very difficult to find the words to accurately describe how I feel about him. Mainly, I'm confused, bothered and intrigued by him. Confused and bothered because he seems to be pretty talented and dedicated to his sport, but he puts way more effort into "shock and awe-ing" everyone around him than just skating. Also, why the hell is he so obsessed with Russia? I'm completely pro-America at all times. No matter what Congress is doing, no matter who the POTUS is, no matter how many times my taxes are raised...I'm for America. All the time. But, this guy? This guy, of all the other countries in the world, chooses one of the most oppressive, bleak and dreary places ever. WTF, Johnny Gaga, WTF? Russia? I mean, if you're choosing a communist country at least pick Cuba or something-- they have beaches and good cigars. Maybe even go with China, they are at least competitive in Olympic sports AND they pretty much own America anyway. But, Russia? Russia? Get serious, John. Get freakin' serious.
For some reason sports, puppies and old people really bring out my emotions. Throw in some American pride and sports and I'm on overload. I seriously teared up during several medal ceremonies and I seriously get so overwhelmed during races that I have to look up the results beforehand so I can handle watching the actual races. Anyway, all of that went out the window when Julia Mancuso (two silver medals in alpine skiing) threw on a tiara the other night after she finished the downhill. To top things off, she wore it on the podium. Why? Why would you do that? Who told her that was alright?
Can you imagine working your whole life for something and then six seconds into it you just kind of veer right and fall over? Just terrible.
I could talk about Shaun White, but what is left to say?
Go America, go Eagles!
Posted by lc at 2/19/2010 No comments:

Let me go on the record by stating that I am in no way, shape or form disputing the talent of any "men" I may mention in this post. This is not about talent.
So, last night I'm watching the games of the 21st Olympiad. I made it through the brutality of women's snowboard racing (why don't they just call it a race on a snowboards? What does snowboard cross mean anyway?) and on to the short-program of "men's" figure skating.
Side note: The women's snowboarding was only brutal because poor little Lindsey Jacobellis (coolest last name ever?) was denied a medal. Poor little thang boarded through a gate or something and was disqualified. This came after we had been reminded every 30 minutes or so, for the last four days, that Jacobellis missed a gold medal in 2006 by falling right before she crossed the finish line. I'm confident she'll go on in life to be completely successful at something and I'm fine with that as long as she doesn't try to compete again in 2014. I do not want to see any more footage of her failing.
So, we're back to "men's" figure skating. First off, this has to be the absolute most loose definition of "men" ever. "Men" simply put is the plural form of "man." Well, they got that part correct. Here's where the loose plays in: an adult male person, as distinguished from a boy or a woman. Very few of these "men" could be distinguished from a woman and even fewer could be distinguished from a boy.
One skater, an American no less, was wearing a corset. A corset! Another American had feathers covering his wrists. And of course, the third American I saw, who had the best music and the most masculine costume, was the worst. Which, if you think about it, kind of makes sense. Masculinity clearly does not favor figure skaters. How many masculine women figure skaters have gone on to win a medal? I didn't research it much, but I would guess zero and feel pretty solid about it.
All of this to say, I think the International Olympic Committee should consider changing men's figure skating to "men's" figure skating.
Posted by lc at 2/17/2010 No comments: 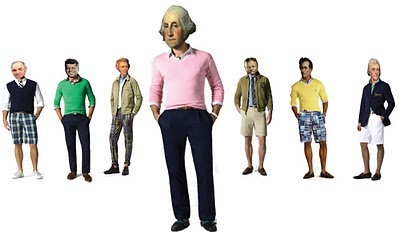 ali, i salute you.

For many years now I've subjected myself to the secondhand embarrassment of 25 "ladies" throwing themselves (and sometimes each other, literally) at one man. More often than not this one man is the largest tool in the shed and not worth anyone's attention, but again, more often than not he has money or a really sad story or a child that's cute or has a castle or was a back-up quarterback for the Giants, you know...something to draw "ladies" to him.
This season's tool (Bachelor) is Texas-bred and based, Jake. Jake is the exact opposite of a person I would want to have a conversation with, much less date. I mean, check the calendar-- it's 2010 and this kid was wearing a beaded necklace that he had to have bought at a Wings store in South Padre around the turn of 1996 or maybe, 1998. He shouldn't have bought it then and he definitely shouldn't be wearing it now.
I guess he seems nice enough. He has convinced several women to do really stupid things for him. Example: last night Tenley (the divorcee) did a solo dance for him that she choreographed from her heart. Well, I'd hate to see what her head would come up with because it sucked. Not only did it suck, but the music was "Canon in D." Sound familiar? Well, it ain't because it was my brother's hand bell choir's favorite song to play. It's because a lot of brides walk down the aisle to it. Subtle much? Throw yourself at many men, Tenley?
Anyway.
Last night for the first time, maybe ever, I found myself shocked because somebody did something smart on this show. Ali, the fresh-faced blond from Massachusetts AND San Fransisco left the show so she wouldn't lose her job. Finally! A good move. An empowering moment for all women, everywhere. I'll forgive the prior moment in the show where she took Jake to her dead grandmother's house and introduced him to her and then later said, "I think she definitely gave her blessing tonight." Talk about creepy. I'll also forgive the part where after she told Jake she might be leaving she literally threw herself down in the middle of the hotel hallway and cried. I mean, have some decency and at least sit against the wall or something. Did you really have to sit in the middle of the hallway?
Ali, (I know you're reading this...because, really, isn't everyone?) I salute you. Thanks for not thinking it's alright to just throw away your career (Lord, I pray it's a career and not a part-time job at Bath and Body Works) for some tool-bag reality show gamer. Big props to you for thinking more highly of yourself and what you're working for than most of the other women who go on this show and throw away everything only to realize, "Oh, hey...I guess I've only known this guy for 2 weeks and we've only been on one date and six other girls were there...maybe it's not serious."
No, but, seriously-- I'm not an idiot. I know she'll probably come back next episode or something for what promises to be the most. dramatic. rose. ceremony. ever. But, until then...Ali, way to go! Hillary Clinton is proud. Susan B. Anthony is looking down on you (she's probably hanging with your grandmother [who, by the way, creepily had a photo of herself up on her mantle]) and smiling.
I wouldn't be surprised if Geraldine Ferraro called you today. And if she does, tell her I said hello.
Posted by lc at 2/09/2010 5 comments: