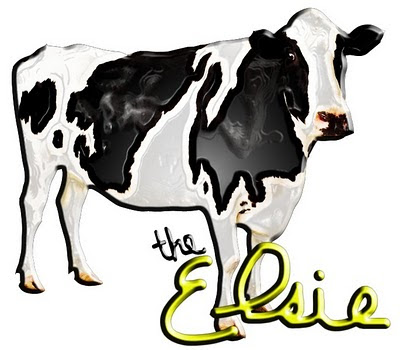 I'm honored to have been nominated. Truly.

However, I'm also a little bit sad to have not been nominated for "Best Use of a Facebook Profile Picture".

But it's fine. I'll still take the crown for that which I have been nominated.

3 nominations?! wow. what can i say?
i'd like to thank the elsie academy, my mom, and my 1st grade teacher who always encouraged me to use social media as an outlet for humor. i'd also like to wish my competitors...i mean, fellow nominees, good luck. you're going to need it, bitches.

I don't know whether to be horribly offended or flattered that I'm up against Priscilla Jane-Angie. And, I think this definitely does mean I need to lay off the FB for a while. WOW!

i just wish you would tell me why i'm nominated.

I have to say, I too am a little disappointed that I wasn't nominated for "Best Use of a Facebook Profile Picture." I mean, I've had so many great ones... :( And such variety, too.

Please announce the winners soon... the suspense is killing me.