Years and years ago, I was born. Shocking, right? It takes a few different things to be born, but most notably it takes a mother. What is a mother? A mother is the female parent, a woman exercising control, influence, or authority, something or someone that gives rise to or exercises protecting care over something else.

(A mother is also: a stringy, mucilaginous substance consisting of various bacteria, esp. Mycoderma aceti, that forms on the surface of a fermenting liquid and causes fermentation when added to other liquids, as in changing wine or cider to vinegar.)

As I was lucky enough to spend this past Mother's Day weekend with my biological, and only, mother, LJ, I got to be thankful for her in the present and not from a distance as I have become accustomed to lately.

It's hard to pinpoint all of the exact reasons I am thankful for my mother, but since this is a blog and she reads it regularly, I'm going to try (with some photo examples as well). 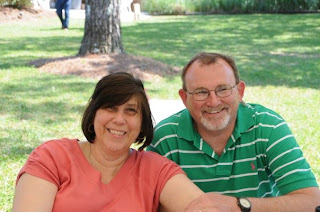 She loves her husband, as evidenced by the fact that in a few short weeks these two little dollops will celebrate 31 years of a somewhat happy, healthy marriage.  31 years is an accomplishment. Especially if you've met the Reg. Oh, I'm kidding. But, I don't think there's anything greater a mother (or father) can teach their children than loving their spouse.  I'm thankful that my parents have modeled a Godly marriage for me and my brosef. 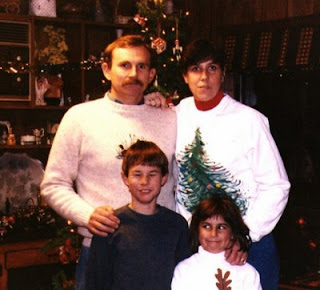 I am thankful that my mother taught me the value of puff-paint at a young age. And continued to teach it to me until I was reasonably sane enough to realize what was going on. 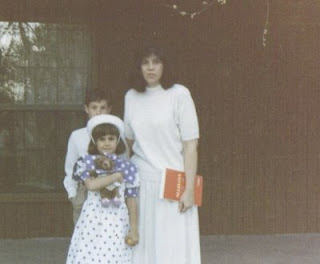 I am thankful that mother can sew and that she thought it was a good idea to sew my Easter dress and then sew a matching dress for my teddy bear, Teddy. I'm not thankful that she took pictures.
I'm thankful that my mother is passionate about the following: Jesus Christ, serving the church she has been a member of since like 1986 or something, her job (to teach is 2 touch lives 4 ever), history (without her passion for history, who would I be? I often wonder), and her dog (that has undoubtedly surpassed my brosef, sister-in-law and me in any type of race for being her favorite).
I'm so very thankful for her supremely excellent taste in music (we are blocking out the many years of Michael Card tapes), her creativity (the lady is an AR-TEEST), the fact that she showed me at a young age that you could be smart without being good at math, that she let me be a tomboy, but not that she supported my bowl cut and that she is very much her own person-- she's unique, fun, sometimes pretty funny and although she's never baked a cookie that I've liked, she's my mother, my mom, my biological, my LJ and no matter what decisions I make or where I move or who I vote for she's never going to quit being any of those things to me.
Mom, thanks for encouraging me to be creative, to pursue passions, to indulge in hours of reality television, to learn to cook from someone else, for not mocking my horrible singing abilities even though you sing like a bird and for making me laugh. Maybe someday I'll take you off of limited profile view on Facebook. Maybe.

So great!
You look so pretty in that family portrait! :)

P.S. My mother LOVES Michael Card too. Like, LOVES.

AWWWW! That's the best Mom's Day gift EVER!!! Love you LC- you're not too bad a kid to have around!

LJ's hair is sassy in that family pic. I'm going to need the name of that stylist for the next time i'm in Russelville!