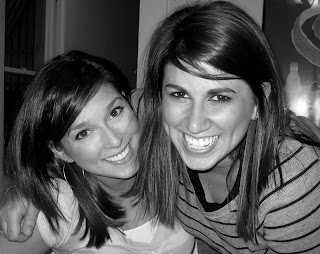 Ah…2007. This will be a year I will forever look back on and mumble under my breath about it. It was a pretty rough year. However, some wonderful things did happen.

Of course I have to mention first (because it did happen in January) that Britt and I became friends. And thus, the blog was birthed a few months later.

I experienced some extreme job funnies. I can look back and laugh a little about these funnies now, but at the time—not so funny. I also interviewed for some really awesome jobs. Best interview? Probably the job at the foil company. A Chinese man, who spoke very little to no English, interviewed me and told me my resume was impressive. There is not one impressive thing on my resume. Not one.

I met a man named Steve. Some friends would say this man saved my life, I say he changed it. We are all VERY thankful for Steve.

I bought some Vans. The shoes. Although, I am looking to purchase a van (not plural).

I got to start a new job in the ghetto that is awesome! I get come to work everyday and laugh and play jokes. And work really hard, too.

Humberto jacked my car. I lost a lot of faith in society that June night. You can re-read about it here. That day was a very tough day, but I also go to go to a Fergie concert for free. And let’s be honest—attending a Fergie concert is every young girl’s dream.

I got to live in a house with some of the greatest people ever for a summer and I got to move into a house with the best roommate I’ve ever had. I celebrated the birth of democracy with a group of people whom I’ve grown to adore.

Some of my closest friends got married and I got to shake that azz all over the dance floor. This was also around the time that I picked up some puppies off the side of the road only to have them all die about 10 days later. R.I.P. Shannon Michelle, Robert and Jason.

I met someone who eats McRibs. On purpose. And likes them.

I turned 24 and had a themed birthday party. I haven’t had one of those ever. I became re-hooked on Beverly Hills 90210 and One Tree Hill. I watched every episode of The Office ever made. I memorized the presidents in chronological order. I took some road trips. I reunited with my college besties and found out that they will let their children play with mine. I studied the book of Daniel with Beth and some of my closest friends in Dal. I hit up happy hour. A lot. I stopped buying Polo shirts and bought a pair of designer jeans, something I never thought I would do. I started a blog. I met Jesus face-to-face. I’d do 2007 again, but with less Mt. Dew and more queso.
Posted by LC (and sometimes LB) at 12/19/2007