If you frequent this blog, you know I haven't written about much lately outside of the train wreck of a reality television show we all know as The Hills. Chalk it up to the summer blues, the mundane schedule of work or just the sheer fact that I'm stuck. I apologize for the lack of interesting posts, but not really, because I don't think I ever promised to be interesting. So, really, I just apologize for the lack of posts.
In no order, here are things as of late that are bringing much joy to my life: 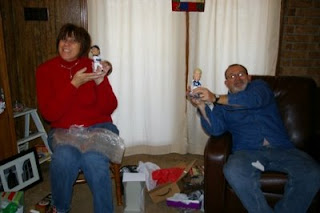 Yesterday my parents celebrated 31 years of marriage. This is no small feat and I applaud them every single day that decide to stick with it-- not that they have a conversation every day and debate on whether or not they should stay married. They save that for Christmas dinners and Sunday school. 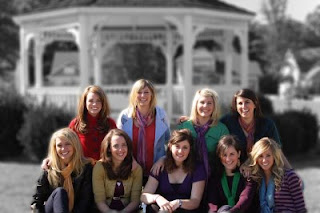 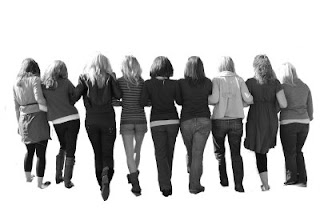 Next weekend, most of these butts will be in the same town as me. I'm beyond thrilled to get them all down here so they can meet our newest clan member, A-Dubs, infant daughter of Lily (second butt from the right). We will greatly miss our little tiger lilly, Lee Lee,  who's husband is off making a name for himself coaching football at Auburn. 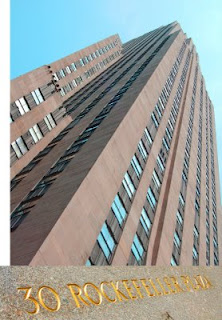 This past weekend I ventured to New York City and while I was there I reached two major milestones: standing where Tina Fey stands on an extremely regular basis (30 Rockefeller Plaza) and standing where George Washington took the oath as the first President of the United States (not pictured).
Other things to be happy about (in no order):
Posted by lc at 5/28/2009

love and miss you girl!

Ooooh...I want copies of those two pictures. I love how you did them. How can I get these in my hands?? I'm super duper excited to see you next weekend!

You- writer's block- didn't think it existed...
"The Wal-Mart Song" is a Top 10 favorite with Lamar Middle School. They think you are brilliant!