ecuador: biking down an active volcano.

The second in a series of posts about my trip to Ecuador to see mi mejor amiga.
Cotopaxi is a stratovolcano in the Andes Mountains located about 50 miles south of Quito. It is the second highest summit in the country, reaching a height of 19,347 feet. Just a little background information. Did I mention, it's active...? 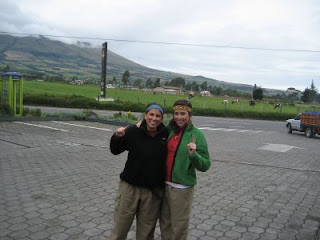 Marking my first stop at an Ecuadorian gas station with a quick photo op. This is prime time Ecuadorian countryside. 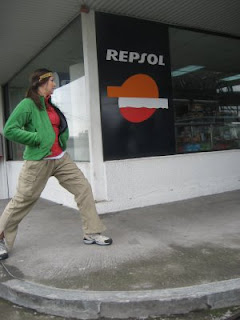 Britta just stretching it out a bit at the pit stop. This was right after we were chased down for 5 cents to pay for the toilet paper. I gave her a 50 piece. 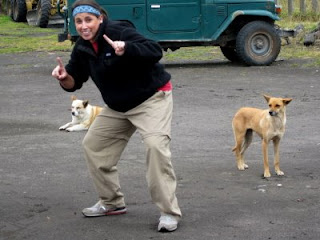 We could not get to the top without stopping again and of course seeing some stray dogs. 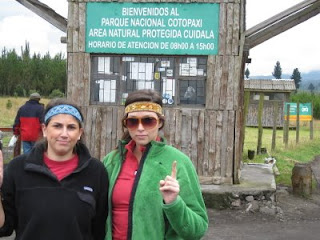 At times, the excitement was over-whelming, even for us. 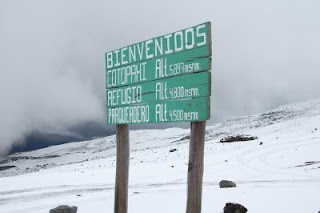 Finally, we reached the top. It was freezing, it was snowing/sleeting, there was a solid two inches of snow on the ground and our biking guide told us several horror stories about biking down Cotopaxi. He pretty much made it seem like if I didn't die while doing it, I would at least fall several times and break one, if not 12 bones. 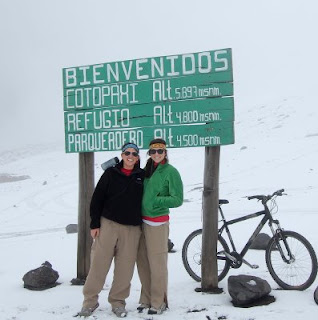 We decided to take this photo at the top in case we did actually die. 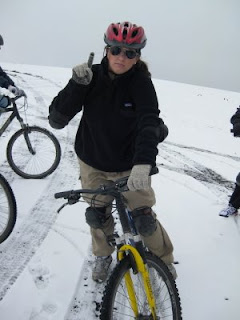 Which is why we were "encouraged" to wear the knee pads and elbow pads. They were not the best for my figure, but like I always say, safety first. 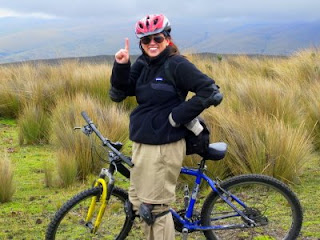 I made it half-way down the mountain and had to stop to let all of the other bikers know that I am, in fact, numero uno. 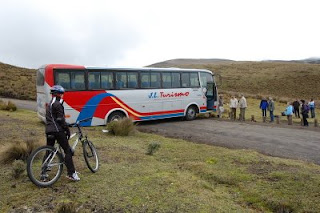 Not too much further down, we met up with these winners. Apparently, they were not as excited about reaching the summit, so they decided to just turn around. Clearly, a great idea. 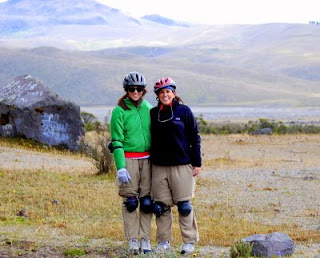 Like I said, not the best for my figure, but then again...those pants weren't really helping either. 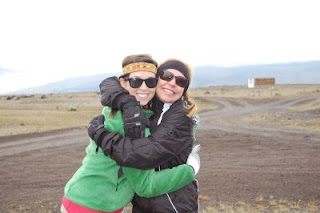 Brittain and I thought we were having a pretty good time on the trip prior to meeting this little gem, but we quickly learned that we didn't know what a good time was until we had our rendezvous with Kathy and some of her Continental Airlines crew.
As I was riding I couldn't help but realize that I was doing something most people dream about-- I was biking down a volcano in the Andes and it wasn't even hard!

The ride ended with some brownies and wine in the back of a mini-bus drinking wine out of a used water bottle (provided by Kathy). And I thought, this is the life.