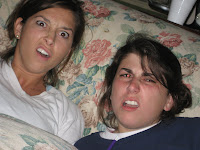 Britt and I got to travel to the lake (still not quite sure what lake that was) today to celebrate our nation's independence from England (shout out to Thomas Jefferson) with several other young Dallasites. It was big money fun. No sun, but lots of fun. We played some games, shared some stories, jumped on a trampoline, did some dancing and most importantly rode a jet ski. Of course, when riding the jet ski she had rules. "Number 1 rule: if you throw me off, I get to drive. Number 2 rule: if I get thrown off, you're going in with me." -- Britt

I didn't break any of the rules.


We also successfully managed to not fight at all, except when we had to share a bed last night and I moved once in like, 8 hours of sleeping. She told me to quit moving. I think I was just breathing though.

Only 10 more days left of living together. Still no major decisions on the blog. That's going to be a tough conversation and I think we're kind of avoiding it. 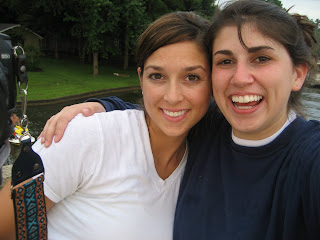