dallas on my television.

I am just 3 months shy of the 6th anniversary of my arrival date in the 214 (Dallas). Since appearing on the scene in 2006 a number of television shows featuring Dallas have come across my television screen. (To be fair it's nowhere near the amount of shows that have featured New Jersey, but still, it's at least four.) There have also been a number of contests on the Bachelor/ette from the area, so cameras have been around for that, as well.

It's no secret that Dallas isn't my favorite place in the world and I am usually in agreement with people on their overall view (pretentious and concrete-y) of the city, but things have gone too far. I have to stick up for this place. I've been collecting my mail here for some time now and that fact alone gives me credence to air my grievances on the internetS.

It's been a long time since I met someone who has never stepped foot in this city. That's probably because I don't know a lot of people from north of the Mason-Dixon line and I grew up just 5 hours and two turns from here. I say that because I want to believe that other people watching these shows about/featuring Dallas are watching them thinking the same things I am.

In every single show about Dallas on the air right now the opening credits feature at least one shot of cattle. In 6 years I have seen cattle twice. Once was behind a gas station and the second time was more recently when a truck with a double-decker cattle trailer attached to it wrecked and spilled cows all over I-35. You'll note that one instance was a novelty viewing of cattle and the other was a tragic accident that resulted in the death of many, many bovines.

I have never seen a public official or a law enforcement officer in a cowboy hat.

Most men who claim to be ranchers or cowboys or anything of that sort don't wear dark denim. They wear almost white, practically acid washed jeans. 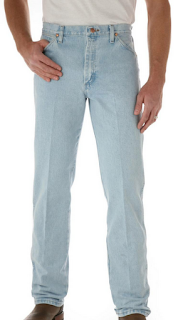 There is no oil in Dallas County or Collin County (Plano).

It would cost thousands, like THOUSANDS of dollars to have a meeting at the 50-yard-line in Cowboys Stadium. And people don't do that.

People in Dallas do not have southern accents. Tangent that doesn't really have much to do with perceptions of Dallas on television, but should be noted: Texas is not in the South (capital "S"). Texas is Texas. Geographically it's in the south, but not traditionally. If you know anything about Southern culture you know that Southern people are proud of the whole region. People in Texas are proud of Texas.


There are a number of other inconsistencies on these shows, but they do get a few things right: People love red meat, ladies here have big hair, rhinestones are always in, Dallas people don't want to live in or travel to Houston for any reason, it's hot as hell all the time, lots of people drive gas-guzzling SUVs and just about everyone is a Republican or thinks they are a Republican.

I'm always taking the stance that Dallas a whole can do better and I'd like to say the same for the film and television industry: DO BETTER.

If you're going to constantly show cattle and lead people to believe it's Dallas, at least show it dead and on a plate.
Posted by lc at 6/14/2012