I prayed and prayed that no doors would be opened for me to view this show. I also prayed I would figure out how to forget my password for this site before January 4, 2016. Doors were opened and my password was saved. Here we are again-- the Recap of Shit.

I am a smart gUrl, but I am dumbfounded by this guy. Ben Higgins is 26 years old, very decent looking, with a bad haircut, and a college degree. He is also sad, believes he can't be loved and is on a TV show attempting to find a wife. Put away the red flags-- there are none! HE. IS. PERFECT.


How many times has he stated that some G told him he was somethingsomethingIDK, broke up with him and now he's all, "WHAT IF I AM UNLOVABLE?"

LISTEN TO ME.
I am a little insane. Maybe, asinine. I am smart, my parents are still married and I have season football tickets for the University of Arkansas Razorbacks. I AM LOVABLE. What the hell, Ben? WHO HURT YOU? This chick better be Taylor Swift or at least, Karlie Kloss, because you are more than normal and above average looking. Get your shit together and quit dickin' around. I do not feel sad for you in the regards that you were broken up with as a junior in college. I feel sad for you that you are 26 and think you should be sharing a Facebook profile with someone at this point in your life.

WHAT IS THE DEAL, BEN HIGGINS?

Do these Gs know this is a guy named BEN and not Prince William?
Like, if Willie Geist was on this show I could understand the excitement.

Normally, at this point in the show I'm going to make fun of the CHICKEN ENTHUSIAST.

Listen, Tyson Chicken is 7 miles up the road from me. I too am a chicken enthusiast. Get in line, grandma, every night is Sunday night dinner at my house.

WHAT IS HIS HAIRCUT, ABC? Not everyone needs a fade, okay?

Ole G comes up and says she is good at pick-up lines. Guess what? So are most people who approach men on street corners. ZING. Stop it. I know.

At 26, I was single, but super dating a dude and had already been in 4,5632 weddings. I had a job and a couple of nice things. I also had student loans and still called my dad to fill out my insurance forms every year.

I would be willing to find a husband on the internetsS. Get to work. 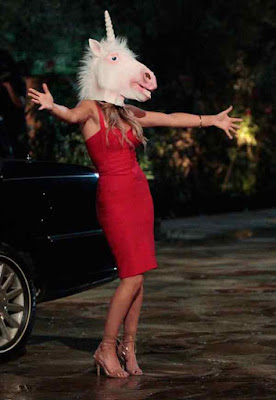 Okay, they paid these chicks to do this, right?

I mean. I always thought Becca was a normal human who had a moment of insanity when signing up for this show.

I'm not married. Barely been close once, but-- people don't honestly believe this is their last shot right? Their hail mary at 29? It's 99 and goal, so might as well hit up ABC?

Ben saw Becca and his face went from WORST TO FIRST in about zero seconds.

I skipped almost an entire hour because I was watching Taylor Swift videos on YouTube. Now, we're at the rose ceremony.

Have you seen the one where J. Lo comes out and sings "Jenny From the Block" with her? It is very interesting and always relevant.

I do have a real question-- why are these twins on here? Seems like a mostly bad idea. Is this a "Sister Wife" thing or just a thing? Do they know they are competing?

"Do I want a rose? Of course, I want a rose! That gUrl freakin' brought a rose in on her head!" -- gUrl, about another gUrl

Cut to the gUrl wearing the rose and then getting a rose.
How has this show never won an Emmy? 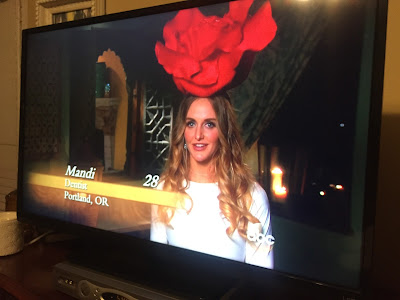 That G in the black was kind of being a diva all night, so no one is surprised that she got a rose and that one at that.

I always love the awkward march up to the Bach by the women who were not given a rose. I wish more gUrls really strutted their shit and made it a thang. Instead, they just kind of whisper (like there aren't microphones everywhere) and sputter off into the hills of Malibu.

Another honest question: have you ever cried after a first date?
No? Okay, me neither.

Have you ever cried after like, a big group dinner where you kind of crushed on a guy, but then you just drove home after the dinner?
Yeah, seems crazy, right?

That gUrl pulled Ben aside and is kind of mumbling and like, IDK.

"The issue is that I didn't make eye contact with you during the rose ceremony?" -- BachBen
Oh.

Listen.
We are going to be judged for this someday. When that highlight reel rolls after we enter the Pearly Gates we will have to account for our time. For every 2 hours of your life you spend watching The Bach, you should give 19 rides to the airport and work 6 hours in your church nursery. I think that evens things out and gets you some jewels in your crown.

ALSO. SHOUT OUT TO OUR NEWEST VIEWER OF THE BACH-- LIL' JAKE BIRD. WELCOME TO THE BIG SHOW!