Oh my gah, we're back again!

Can you believe they keep calling this thing a "television event" like Katy Perry is about to come out on a giant lion? Events don't happen in Iowa.

Chris is wandering the streets of Des Moines trying to figure out just how he got here. It's time for his date with Becca and thankfully, she's wearing a bright yellow shirt and he found her.

Chris is staying in a loft in downtown Des Moines.

"Even though it's not Belgium, it means a lot." -- Chris
Iowa tourism board!

Becca tells Chris she's never been in love and she dated a guy on and off for 4 years. Chris asks if she thinks this could work-- SHE DOES!

Becca has feelings and she's trying to figure out those feelings.

Did they turn the mics up on this guy when he's kissing someone? It's so loud.

Britt tells the other gUrls are the hotel that she's going to leave before the rose ceremony.

IT IS NOT ABOUT JUST ONE ROSE.

Britt's mind cannot be changed.
But, he could say something to change her mind.
But, she's not going to budge. She's gone.

Whitney thinks Britt JUST figured out that other gUrls are on the show. One those-- HAVE YOU EVER SEEN THIS SHOW BEFORE?

Jade is fah-reaking out. Chris doesn't know that she did "nude modeling" once. I need her to know that Playboy is not nude modeling. Nude modeling is something that happens in Europe and involves art. This G just took her clothes off for money.

ChrissyPoo, who's just been hanging in Des Moines for a week alone???????? rolls in to tell the ladies there is NOT going to be a cocktail party.

Britt's dynamic has shifted. It's awkward and hard, but not it's MORE awkward and MORE hard.
Her vocabulary is OUTTA CONTROL.

"It's crazy to think that I'm actually falling in love..." -- Chris
THEN, BRITT INTERRUPTS HIM AND PULLS CHRIS OUT OF THE ROOM.

Britt knows she put him on the spot and wants to apologize.
I'm having a hard time concentrating on her apology, because all of her hair is on one side of her head.

Eventually, he gets a few words out.

Chris is like, I heard you're a liar and I'm not into that. Or. Maybe you're a potential liar.

"The way Carly reacted is what I want in my future...the way you reacted and disrespected for myself." -- Chris
What?

Chris wants a lady in the streets and a freak in the kitchen at home always makin' shit out of his corn and wheat and that G better not have an opinion or speak above a whisper.

Chris and Britt part ways and now, Britt is sitting alone on the curb crying.
You know, I really think Britt liked the other gUrls and is very confused the way all of this played out. She was like, "I got my gUrls and I got my man!" And then, all hell broke loose when she started talking about eating off of paper plates with her dad and didn't get a rose.

It's down to Jade and Carly, but we know, you know?

Even though Carly saw that Jesus hanging on the wall in the church-- it's over. Carly made a lot of friends and is going to be one hell of an asset on BachPad this summer. Her cruise ship sangin' days could be over.

Carly gets in that limo and is crying real hard.
She starts questioning the meaning of life. Not the time or the place, baby gUrl.

Chris has to go from Iowa to Shreveport.

The PAs for this show must be miserable at this point. First, they had to scout locations and spend all that time in Des Moines, then they had to scour the lands of Shreveport to find a park with no dead bodies to film in.

"This is beautiful!" -- Chris
You hear that, Shreve?! Sign this guy up!

There's just no way this is actually in Shreveport.

Becca tells Chris they could see an alligator and yep, there's an alligator. They set off in a canoe and everyone's all...it's pretty... and I'm... IT'S A SWAMP.

Becca reveals that she's never brought a guy home before.

At this point, Chris is not understanding that at age 26, it's fairly normal for a good ole Southern gUrl with standards and values to have not been bringing boos home for ages. I think I was 25 the first time I took a dude home?

There were 17 people or maybe even 34 people at that house. Chris brought flowers and a gallon of whiskey.

At this point, Becca's family is trying to burn the house down with her in it.
And they aren't even giving her a hose.

Becca's sister pulls Chris aside and immediately is all-- I can't believe Becca is touching you... Becca isn't intimate... Becca doesn't have urges... Becca isn't affectionate.

Listen. My brother would probably say the same thing, because he's my brother and I'm his baby sister. I don't go around making out with people in front of other people, especially my family.

WHO'S FAMILY WOULD SIT DOWN WITH A GUY AND BE LIKE, "My sister is a real whore, so this is pretty normal for us to see her holding hands with you."

Then, her mom gets in on the game.

HEY, BECCA'S FAMILY-- SHE IS A LATE-BLOOMER.
LOOK IT UP.

Also, maybe she has standards.
Maybe youth group was real to her growing up.
Maybe baby sister gets it?

At this point, Chris probably thinks Becca is a-sexual or something.

PRAISE REPORT: instead of just leaving her their with the wolves, Chris decided to take Becca to the Louisiana State Fair.

Becca cannot believe that she wants to hold hands with someone-- you know, these feelings.

They have a little make-out sesh on the Ferris Wheel and for the first time ever, I AM SO GLAD. She had to do something to prove to him that she isn't actually trying to be a nun like her family thinks.

Now, it's off to Chicago!

Whitney takes Chris to work and makes him wear scrubs. Whitney has never seen anyone look so sexy wearing scrubs.

I hope the people who are paying the THOUSANDS OF DOLLARS for fertility treatments are not seeing this "date" go down right now while eggs are being fertilized/transferred/harvested.

So, now Whitney gets real weird and I can't even talk about it.

We're heading to meet Whitney's family and before they arrive, Chris wants to know who he should ask about a blessing and Whitney's hand in marriage.

Whitney throws her sister under the bus.

Whitney has a big family, just no parents. And all of these people seem normal and well-adjusted.

At dinner, everyone gets 3 different glasses of wine.

Chris wants to talk to Uncle Johnny.
Uncle Johnny loves Whitney a lot, because she's the same age as his middle son.

UJ describes Whitney as "vulnerable and strong."
Chris has never heard those two words together and is blown away at the accurate description UJ has provided.

Whitney sits down with SisterKim and explains her connection with Chris. She then goes on to tell her that, if Chris asks... she needs to give her blessing.

SisterKim says, "it's a REALLY small town in Iowa..."
There are no fertility clinics in Arlington, Iowa. There may not even be a doctor's office.

Whitney tells SisterKim that SHE BETTER GIVE HER CONSENT, BECAUSE THAT IS WHAT SHE WANTS.

SisterKim is like, "you can say yes all you want, but I ain't saying yes, until he can tell me you're the only one."

"I want her to know she's the one...so, call me when you know." -- SisterKim to Chris
FINALLY.

Once, Whitney went to Napa and bought a bottle of wine that was out of her price range. She bought it to share with her future husband. She wants Chris to share that bottle of wine with her.

ARE WE ON THE CRAZY TRAIN OR WHAT?

Also, Chris is drinking a really tall glass of whiskey.
He doesn't want that damn wine.

Now, Whitney thinks she can move to Iowa and just travel back and forth to Chicago.
It's a 4.5-hour drive. 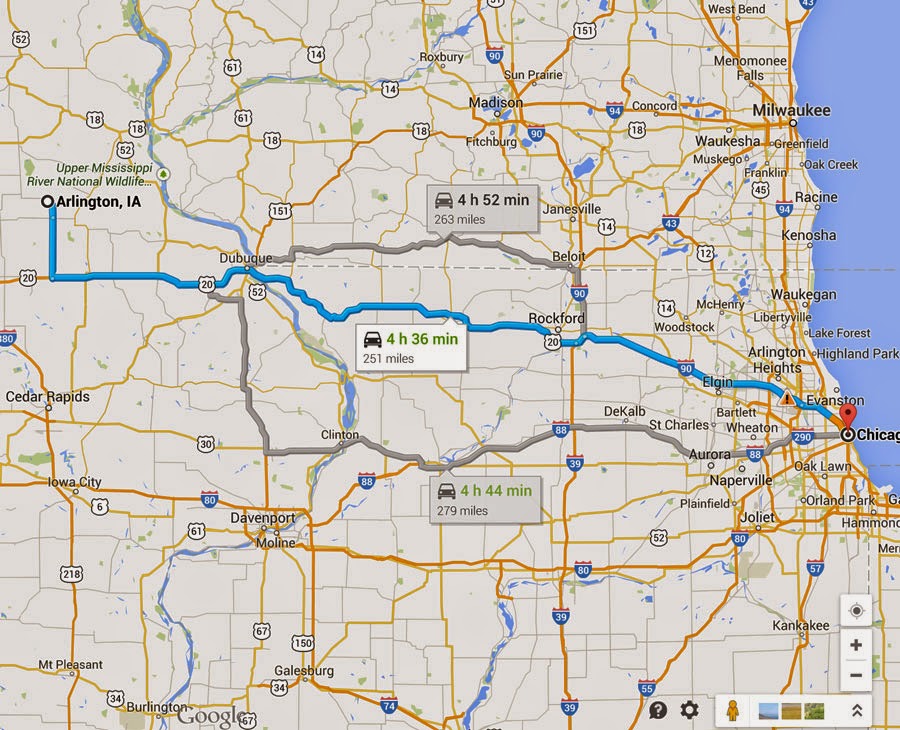 Now, it's Kaitlyn's turn!
Her family lives in Phoenix during the winter.

Chris is all, "what is this back alley!"
He's very concerned.

It's very obvious that Chris needs a lady.
Not someone who would ever walk through a "dirty alley."
Unacceptable.

We get to her family and I don't think she's seen them in a couple of years.
Her parents and step-parents are there hanging out together. I love that.
But, do they all live in that winter home together? I don't love that.

Again, everyone is drinking wine and Chris has opted for whiskey.

I just googled: Does Chris Soules own a part of Bulleit Whiskey?

So, I'm guessing that Kaitlyn's mother is a sweet, wonderful lady who is likely into crystals and meditation. Like, she would've been sooooooo into that love guru.

Kaitlyn takes Chris back to that alley. She has also purchased a billboard. 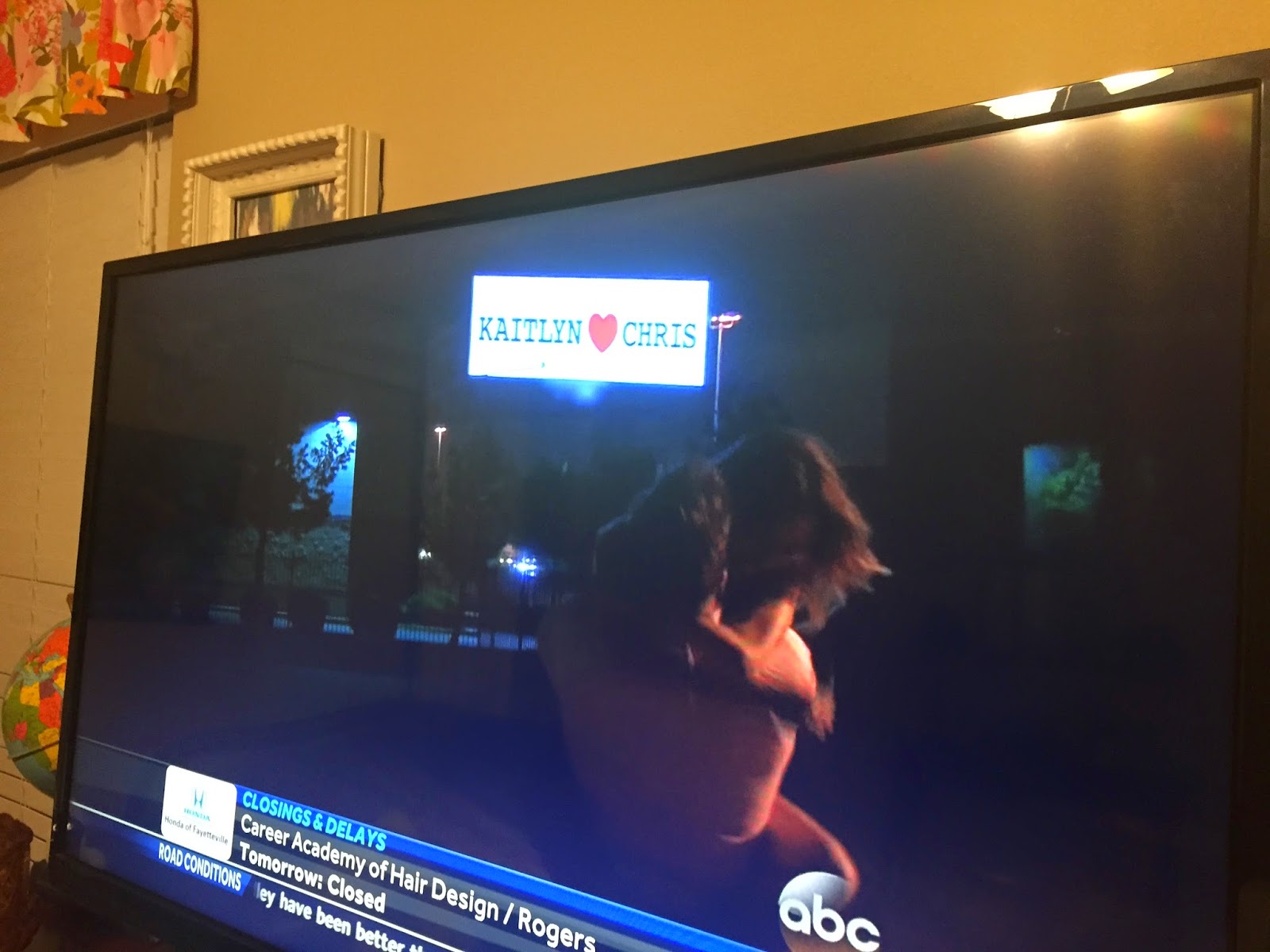 Prayerfully, I hope she did not pay a designer to do that for her.

I think Chris loves it even extra, because there are no billboards in Iowa. And if there are, they are not digital. And bright.

Now, we're heading to Nebraska, WHICH IS MUCH, MUCH DIFFERENT than Iowa!

Jade grew up in a town double the size of Arlington. DOUBLE. There are businesses that are open and cars on the street.

We meet Jade's family and I don't want to be a diva, but I think her mom went and got her hair done for the cameras. Sweetest angel.

Chris brought Jade a high school letterman's jacket and presented it to her in front of her family?
IDK.

She is now saying she's done "nude photos" and not "nude modeling."

Chris sits down with pops and tells her that he's most impressed with the fact that she's from NEBRASKA.

Pops tells Chris that most of Jade's boyfriends have thought Jade was "too much" for them.

Uh-oh. Chris didn't realize that just because Jade is from Nebraska doesn't mean that she's super into moving to somewhere that is anything like Nebraska.

Chris is trying to leave, but Jade hasn't shared her secret yet.

Chris pours himself a big ole glass of whiskey in hotel room 101.

Jade is trying to explain to Chris that yes, she's a free-spirit and "maybe" a wild mustang.

Finally, Jade dials up the red phone and drops the bomb.

Jade, at one point, was doing anything that made her feel very liberated. Including, Playboy.

She is very afraid Chris is going to change his opinion of her.

Jade says she was "approached" about posing for Playboy.

Then, we watch, for what seems like a very unreasonable amount of time, watch them look at these photos and A VIDEO????

"There's also a video of Jade...dancing around by herself...she took her bottoms off." -- Chris
RIGHT?!

Jade would like Chris' opinion. He takes a very big drink of his whiskey. He cannot find the sentences.

"I judge you for the person you are..." -- Chris
WHICH IS A PERSON WHO DANCED NAKED FOR A VIDEO ON THE INTERNET?

He says it won't affect their relationship.
Okay, Chris. Okay.

You kicked off that chick who confronted you in public, but this? NOTHING!

AND EVEN THOUGH BECCA'S FAMILY BASICALLY PUT BRICKS AROUND HER ANKLES AND THREW HER IN THE RIVER, SHE GETS THE FINAL ROSE!!!!!!!!!

He says that it's just because their relationship has moved slower than the others.
LOLZ. Okay, Chris. Okay.

Chris puts that gUrl in the limo and proceeds to cry like a little baby gUrl.

gUrl, where is this week's blog?! Been checking in again and again!