Land of Enchantment, here we come! Let's get these ladies some turquoise jewelry!

WHO IS THIS CHICK TALKING ABOUT THE BEACH AND SOMBREROS?

Everyone is all, I NEED that one-on-one date. This is not the place to discuss the world's entitlement problem, but know I see it. I SEE IT.

Carly gets the one-on-one! Chris thinks she's the PERFECT gUrl for this date. I am assuming this date is some kind of shitty performance date? Like a nursing home talent show?

Why are they in New Mexico?
This is so low budg.

And now Chris and Carly have to spend the date doing yoga or some sort of "7 Years in Tibet" shit?

Carly blindfolds Chris and everyone giggles. Well, everyone minus the lady who used to manage a Claire's someone in West Texas and is now a "love guru."

The lady who probably cleans pool in the off-season tells Chris and Carly it's time to "de-robe."

"I don't take my clothes off for anyone." -- Carly
GOOD FOR YOU.

What is even happening right now? No one wants to take anyone's clothes off and everyone is really uncomfortable. (Note: I'm not that uncomfortable. I'm more sad for humanity.)

Every other man that has ever subjected himself to being the Bachelor right now is laughing his ass off. This is like some weird hazing. WHAT ARE WE WATCHING?

Now, there's a lot of heavy breathing and "exploring with your hands."

I feel like no one should be allowed to watch this right now because some CAB (crazy ass bitch) is out there thinking, "my boo and I need to do this."

"I'm excited. I felt more of a romantic thing with Carly than I ever have." -- Chris
Well, you also wanted to bone that one chick in the ketchup aisle at Costco, so I don't really trust you.

Carly thinks they should've gone to the Love Guru on date seven, not date one. She starts going on about her last boyfriend and how he NEVER wanted to touch her. Ever. Even after 2 years.

I understand that that is a sad story because she didn't feel pretty, but like, more than one chick on this show is a widow. And this is your story. Your boyfriend wouldn't have sex with you and you kept dating.

Now, she says if a man desires her, all of her bad feelings will go away.
CARLY, CALL YOUR DAD. GO TO LUNCH. LET HIM BUY SOME TOOLS AT LOWE'S.

Chris struggles with being "open" about Iowa.
GET OVER YOURSELF.
What a jackass.

"Are you scared someone is going to get to your house and then they'll want to leave?" -- Carly

These two are kind of the worst. I mean, I am sure she's a fun gUrl. But.
She gets the rose.

It's time for the group date!

SocioKelsey is back on this nature date and I'm worried she only wants to go rafting in MICHIGAN, because MICHIGAN has the best rafting.

"We are about to go WATER RAFTING!" -- gUrl
"What's in the water? There could be alligators or dead bodies." -- gUrl
I always assume there are dead bodies in all bodies of water.
And woods.
And abandoned cars on the side of the road.

Some old man came up and told them all they were going to die or something, so now everyone is scared.

Jade, the organic makeup developer, fell out of the boat.
She apparently has a condition that causes hypothermia at 65 and sunny.
Now, everyone is jealous that they don't have this condition.

The outdoorsy stuff lasted for 45 minutes real time and 2 minutes of TV time.

How does ABC convince these Gs to do this?

Chris sent her home because she was a drunk or something. But, second chances and love and happiness are important to her, so she's here!

The other chicks are starting to wonder if they are being stood up.
IN YOUR DREAMS, gUrls. In. Your. Dreams.

Chris sits down with Jordan and she asks for a second chance.

Chris marches Jordan out like a show pony and gives her the chance to join the group.

Everyone loves Jordan, BUT NOT HERE. NOT NOW.

Everyone is wearing turquoise jewelry, LIKE TURN DOWN FOR NEW MEXICO CLICHES.

Ashley I., the virgin, is wearing a very tiny piece of cloth. She sits down with Chris to discuss the fundamental differences between her and Jordan.

The rest of the Gs are confronting Jordan.

"The point of this process is that gUrls get eliminated." -- gUrl

Every gUrl who sits down with Chris tells him he's an idiot.

People are acting like Jordan stole a presidential election.
Or kicked a puppy.

Chris gets some time with Jade and immediately covers her in like, 7 blankets.

Chris decides the Producers have had enough control over this situation and pulls Jordan aside.
HE KNOWS WHAT HE NEEDS TO DO.

Chris puts Jordan on the first bus back to rehab.

Jordan goes to tell the Gs goodbye and Chris watches over her like he's nervous she's going to steal something.

I am not giving this situation any more attention.

TONIGHT'S ROSE IS GOING TO SOMEONE WHO MAKES CHRIS FEEL REALLY SPECIAL.
Whitney gets the rose!

I am an adult. Like, I pay taxes, I know when to get my oil changed, all that stuff.

All these Gs are mad. Mostly, Ashley I. is mad.

I think I've figured Ashley I. out. Basically, all I know is she had a really huge Sweet 16 birthday party (maybe even one featured on MTV) and drives a leased BMW.

That or she's a server at Sur on Bravo's "Vanderpump Rules." It's one or the other.

It's really early in the morning and Chris is waking Britt up. He thinks she looks BEAUTIFUL.
He brought a flashlight in there. Like. What.
This isn't a cave. It's a hotel and there are lights everywhere.

Apparently, Britt sleeps in makeup.
And that is just NOT okay with these ladies.

THE SKY IS THE LIMIT!

Britt thinks Chris is a fun guy. I've seen a lot of Chris so far this season and I would not describe him as "fun." I mean, I think he probably takes really good care of his clothes and probably re-arranges the dishwasher after someone else loaded it, but fun? Not getting that vibe.

ITZ HOT AIR BALLOON TIME!
This is my worst fear, because I never want to be in a place that I cannot go to the bathroom, if needed.

Are they not allowed to wear sunglasses? I didn't really start wearing sunglasses until late into college because I thought I looked weird in them, but now, it's more of a health concern. I don't want the sun in my eyes. I want to be able to see things.

Britt and Chris head back to his hotel room.

Then, right as the other gUrls are talking about how Britt doesn't want kids, Britt is telling Chris she wants 100 KIDS.

gUrls are crying.
Britt and Chris are under the covers kissing.
Chris shuts the doors to the hotel room.

Britt returns with a rose. And talks about how Chris woke everyone up with his LOUD KISSES. And then something about a nap.


Everyone is mad. But, no one is as mad as SocioKelsey. She uses air quotes and everything. 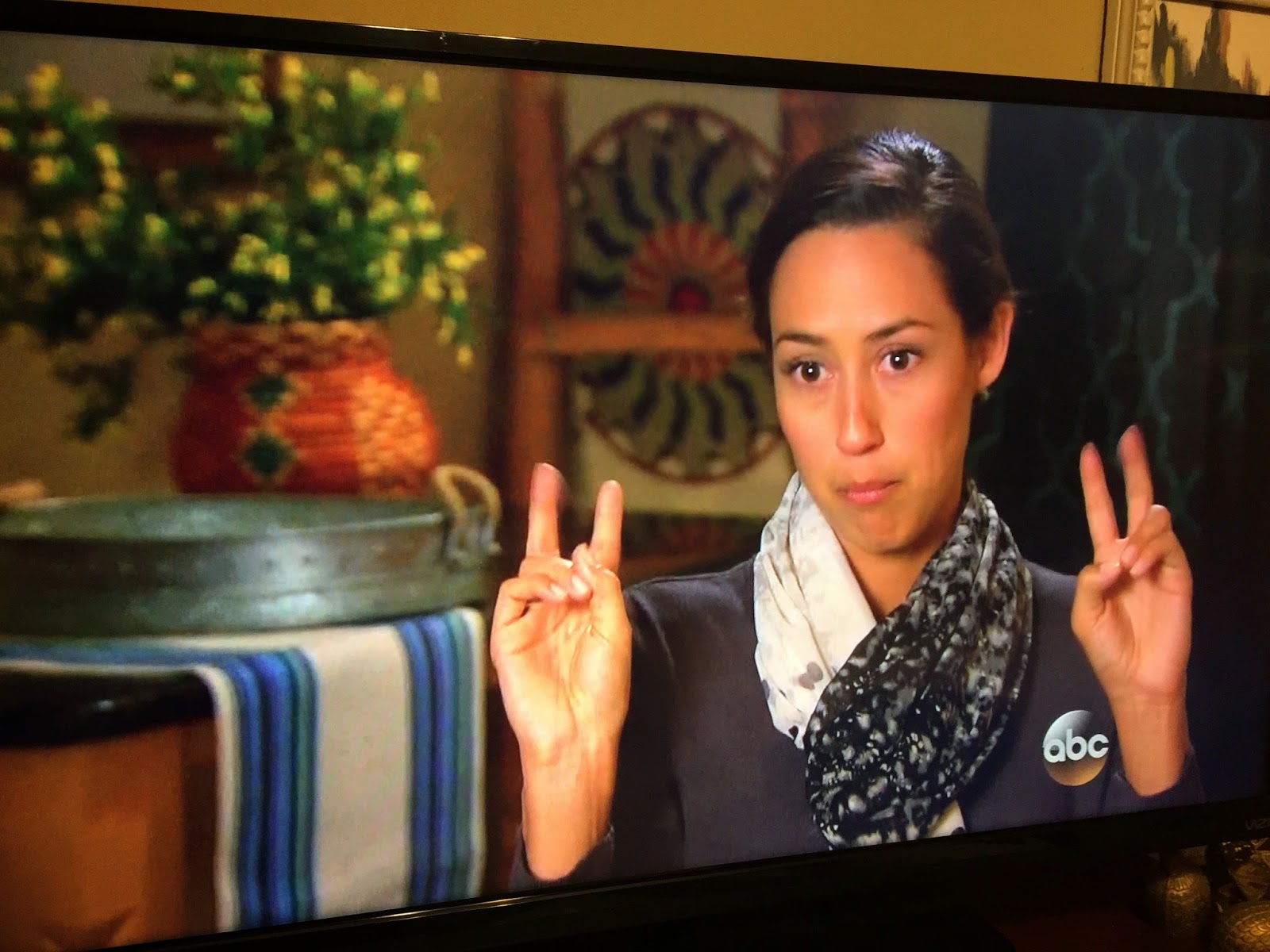 Kelsey heads to his hotel room and decides it's time to tell him that she's a widow.

"I'm not going home without him knowing I'm a widow." -- Special K
That's one way to put it.

"Isn't my story amazing? It's tra-gic, but it's amazing. Ugh! I love my story." -- Special K
Chris uses this opportunity to kiss.

Apparently, this was her plan for a first kiss all along.

In all seriousness:
1. I hope she is actually a weirdo, because this is real crazy (not just reality TV crazy), if not.
2. I truly hope her, likely still grieving, in-laws are not watching this. At all.

Ashley I. is going through a list naming name and I don't know any of them.

Chris joins the party and starts a long "emotional" speech.

"It's been a true honor to spend the week with you all in Santa Fe." -- Chris
I question his definition of the word honor.

Chris launches into his conversation with Special K. She starts crying. Chris has been thinking about some things today that...LONG ASS PAUSE...OMIGAH, he needs a second!

Chris runs away and all we can hear is heavy breathing.

The cocktail party is now revolving around Special K because everyone assumed she was going home that night, so she pulled out the widow card.

No one thinks she's very nice.
Kelsey wanted to honor her story.

"Everyday is a gift. Time is precious." -- Special K
THAT IS HOW I FEEL RIGHT NOW.
AND MY TIME IS NOT BEING HONORED.

Special K is just sitting on this couch half-crying and whispering like she's in the bathroom at prom.
Now, she's giggling. 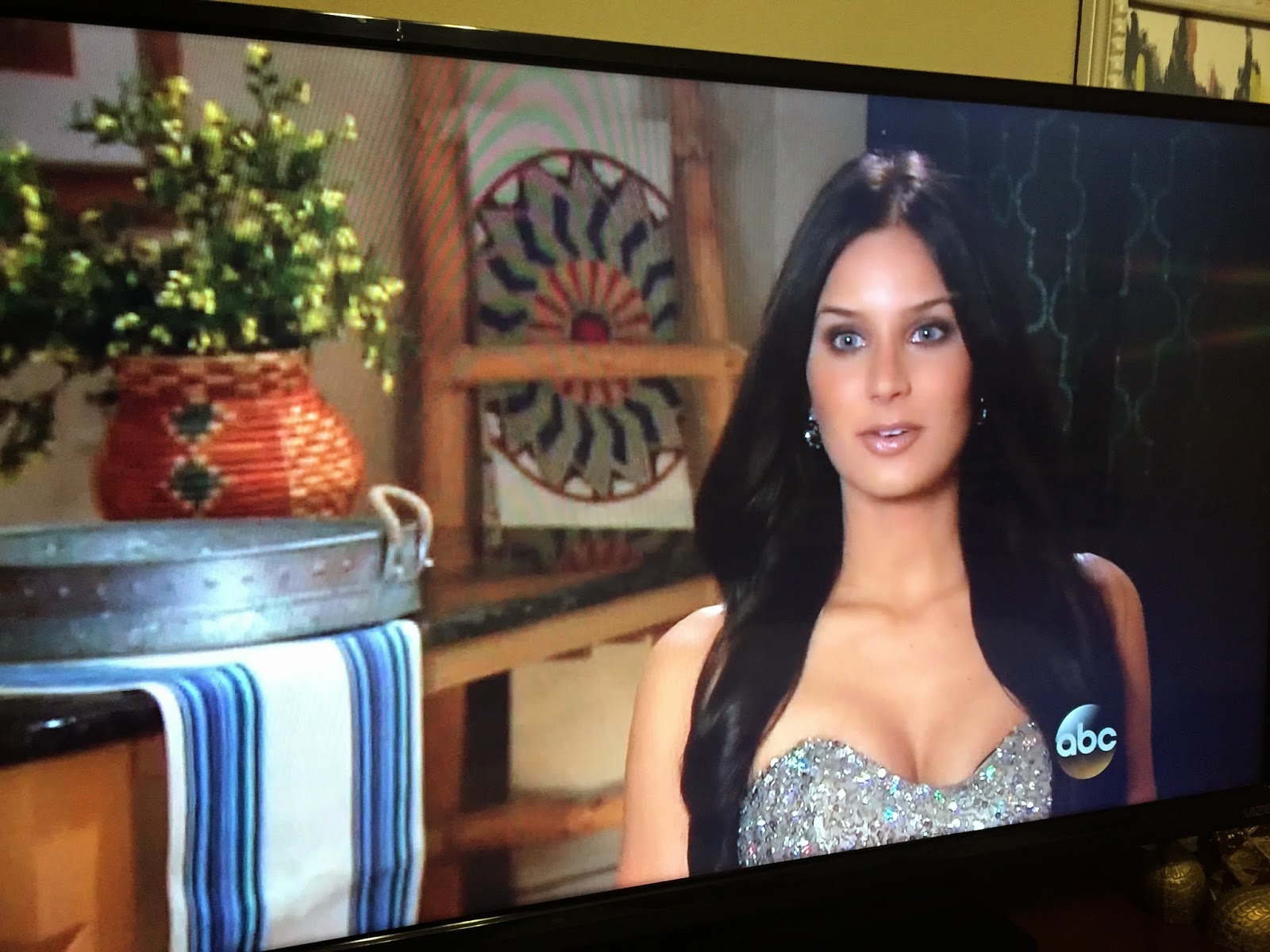 ChrissyPoo comes out to tell the ladies that Chris knows exactly what he wants to do.
NO COCKTAIL PARTY TONIGHT.
THE FUN IS OVER.

EVERYONE HAS BEEN THROUGH SOMETHING.

Kelsey, finally, gets up. No one knows where she went, but they agree that it's weird.

The camera finds her. Special K is on the ground!
MEDICS!
MOANING.

A British woman named Diane keeps asking Special K where she is!
It looks like she's outside of the bathroom of a sad Mexican restaurant.
But, I can't be sure. I don't want to put words in her mouth.

What in the world is this chick with the sombrero.
This is not real.
I am not even.
Sorry.


I HAVE NO FEELINGS. I HATE EVERYTHING.

I only watch this piece of shit show so I can read these recaps. Thank you. It is truly an honor.

I agree with, Ty. This recap makes it worth it!