It's hard to reconcile that this is on every single week and people are starving in places.

"Remember 2 minutes ago when he said goodbye to? It means see you never." -- gUrl
IT'S NOT GOODBYE, IT'S SEE YOU LATER.

So, like, what is happening? A gUrl came back and wants more time to talk? So, now she is back?

CHRIS. YOU ARE GOING TO BE A WONDERFUL HUSBAND.

Can you imagine being THAT gUrl?
Hey, are you the gUrl that begged the guy on national TV to stay on the show?

Chris and ChrissyPoo are having a sit-down. Chris is wearing non-laced Converse. You know who wears those? Kids who can't tie their shoes.

This guy is all, SPEAK SOFTLY AND CARRY A BIG STICK or something. I honestly cannot hear him.

"Chris said this is the most important thing he will ever do in his life." --ChrissyPoo
Sounds like hearsay!

The reaction most of the ladizez had to this information leads me to believe they have never had neighbors before.

You know who zips his hoodie half-way up? This guy. 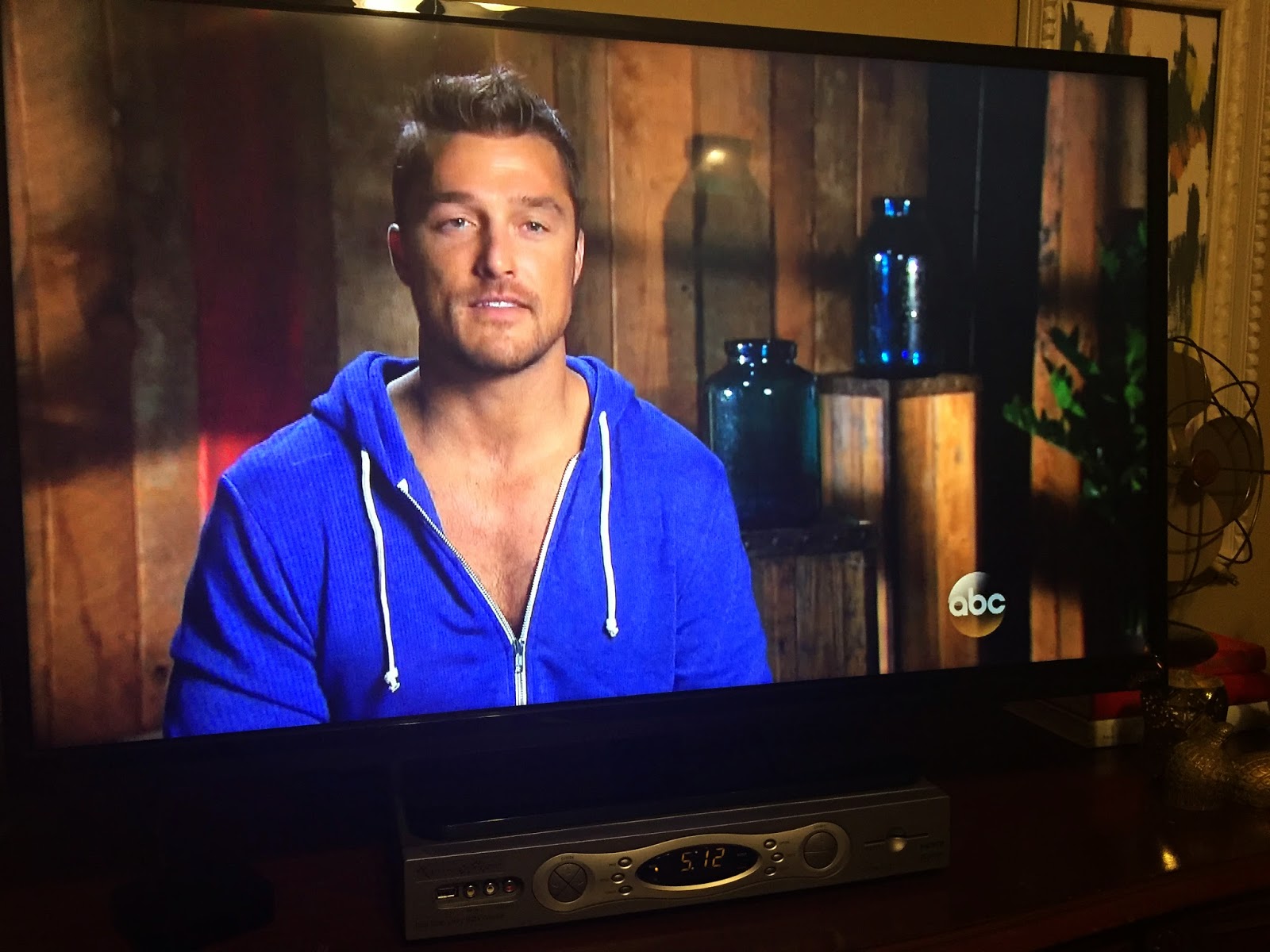 Chris is ready for a group date and he wrote on the card, "Show me your country!"
Now, at least half of these Gs think Iowa is another country. : (
But, that leads me back to my question from last week-- what IS Iowa?

"Last night was crazy, so let's have a pool party!" -- Chris
Most original thought ever.

Chris thinks this pool party is "taking things to the next level." So, if swimming is the "next level," can you imagine what dinner means? Like, dinner alone?

Two chicks snuck into Chris' house and one chick's lower parts kept getting censored. I assumed she was wearing a swimsuit, but since swimming is the "next level," maybe it is necessary? 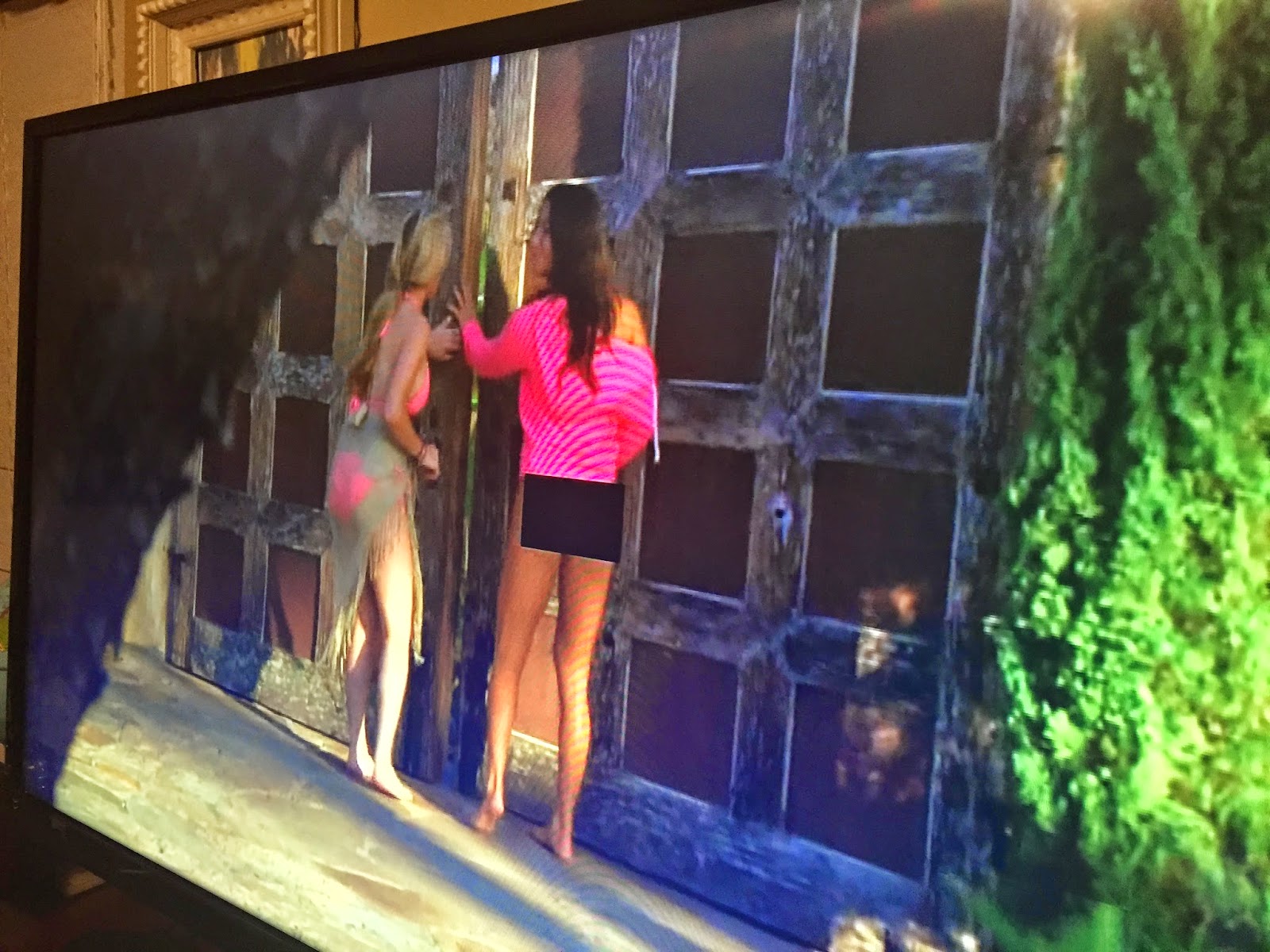 The pool party is over and the gUrls are walking through downtown LA in their bikinis which is totally objectifying and awful. But, whatever. ITZ TV AND NO, I'M NOT OFFENDED.

Oh, "show me your country" means driving a small ass tractor in a bikini.

OKAY, NOW I AM OFFENDED.
Isn't traffic in LA bad enough? This can't be helping the situation.

Chris' impersonation of the tractors going slow was some of the better television I've ever seen.

Ashley I. CANNOT believe she won the tractor race and now she gets alone time with Chris and you know what I cannot believe? THAT ABC THINKS IT'S OKAY TO MAKE THEM DRIVE THOSE TRACTORS AROUND IN BIKINIS, LIKE ITZ NOT A THING.

The one-on-one time was just Chris and Ashley I. sitting on a tractor. She doesn't even care that she's FREEZING, BECAUSE THIS IS AMAZING. (Baby gUrl, your father is so, so sad this morning.)

Now, there are hay bales in downtown LA, because SHE'S COUNTRYYYYY, FROM HERE DOWNHOME ROOTS TO HER BIKINI AND WEDGES.

My cable went out for 6 minutes.

Now, everyone is clothed and Chris is saying he's "never had that conversation" on a first date.

Ole gUrl is talking about aliens on a first date and Chris thinks it's a red flag, but clearly he is color blind, because THERE IS SO MUCH OTHER BAD HAPPENING AROUND HIM.

I could make a list of 289 moronic things I've said on first dates or worse-- job interviews. That's what happens on first dates. ALSO, THEY ALREADY TOOK IT TO THE NEXT LEVEL AT THAT POOL PARTY!

It's really hard for this chick to say that she has a son.
I can only imagine this is how my mother feels.
JUST KIDDING.

She finally told him and all he said is, "tough gUrl."

It's like, he has emotions, but HE IS BORING AS SHIT AND IS A FARMER FROM IOWA.

Y'all. That date card showed up and Megan thought it was just a note-- not an invitation for a date. AGAIN, MEGAN, YOU ARE A WHITE, SINGLE gUrl, YOU REALLY TELLING ME YOU DON'T KNOW HOW THIS PIECE OF SHIT SHOW WORKS?

White gUrls know the rules to this show about the same time they memorize "Mean Girls" and pick a favorite Kardashian.

Chris shows up for the date and luckily, Megan is on the same page. She has googled "date" and gets it.

They get on a plane and head to Las Vegas.

At this point in my life, the least impressive thing a man could do for me is take me somewhere in a helicopter. Unless that helicopter is going to take my car to get the oil changed or fry the bacon on Saturday mornings-- NOT INTERESTED. 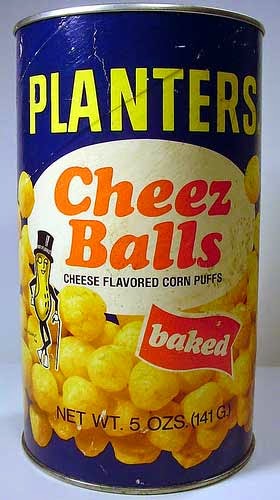 So, this chick's boss signed her up for the show. Any employer that can say, "We don't need you here for 6 weeks," is probably trying to tell you something else, baby gUrl.

Baby gUrl's dad died right before the show and like, I cannot even imagine.

In the midst of that terrible, terrible story, Megan managed to fit in two things:


Both points seemed unnecessary at the time.
She should give a TED Talk anytime soon, okay?

Chris gives her a rose, because WHAT JACK ASS WOULD DUMP A G FOLLOWING THAT STORY AND MOMENT?

"I don't want to die today." -- chick
Yeah, because ABC is going to take on that lawsuit.

This is literally every gUrl's worst fear and nightmare.
I can't tell where they are, but some zombies come out and they got in the limo. Or climbed on top of the limo.

Clearly, none of these gUrls spent any amount of time reading R.L. Stine growing up.

Someone is taking shots of whiskey.
She ain't play'n.

"I'm excited to see these gUrls in this type of element." -- Chris
UH. What is this element, kind sir?
This isn't camping or lifeguard certification.

Apparently they are "killing" zombies. But, Ashley wants to shoot each other. I'm right there with you, gUrl.

"Listen, I would never shoot you." -- Ashley
Again, ABC ain't gonna mess with that lawsuit.

PSA: KIDS, IF YOU MOVE TO L.A. TO TRY TO MAKE IT AS AN ACTOR, THERE IS A 95% CHANCE THAT YOU WILL END UP AS A ZOMBIE AT A PAINTBALL FACILITY. YOUR FATHER IS RIGHT.

Chris is just really impressed with "how cool and amazing" these women are.
Again. This is the guy who eats at an Applebee's and raves to his friends about a "cool, little neighborhood spot."

Is Ashley S. drunk or the world's best character?

Oh! They found "the beacon!"
I'm glad there was an objective.

"You guys really killed it today." -- Chris' toast to the ladiez
Y'all. You know a producer wrote him that joke and he just LOL'd like crazy.

At this point, Ashley S. is looking like a very disheveled middle school math teacher.
Fractions are hard. 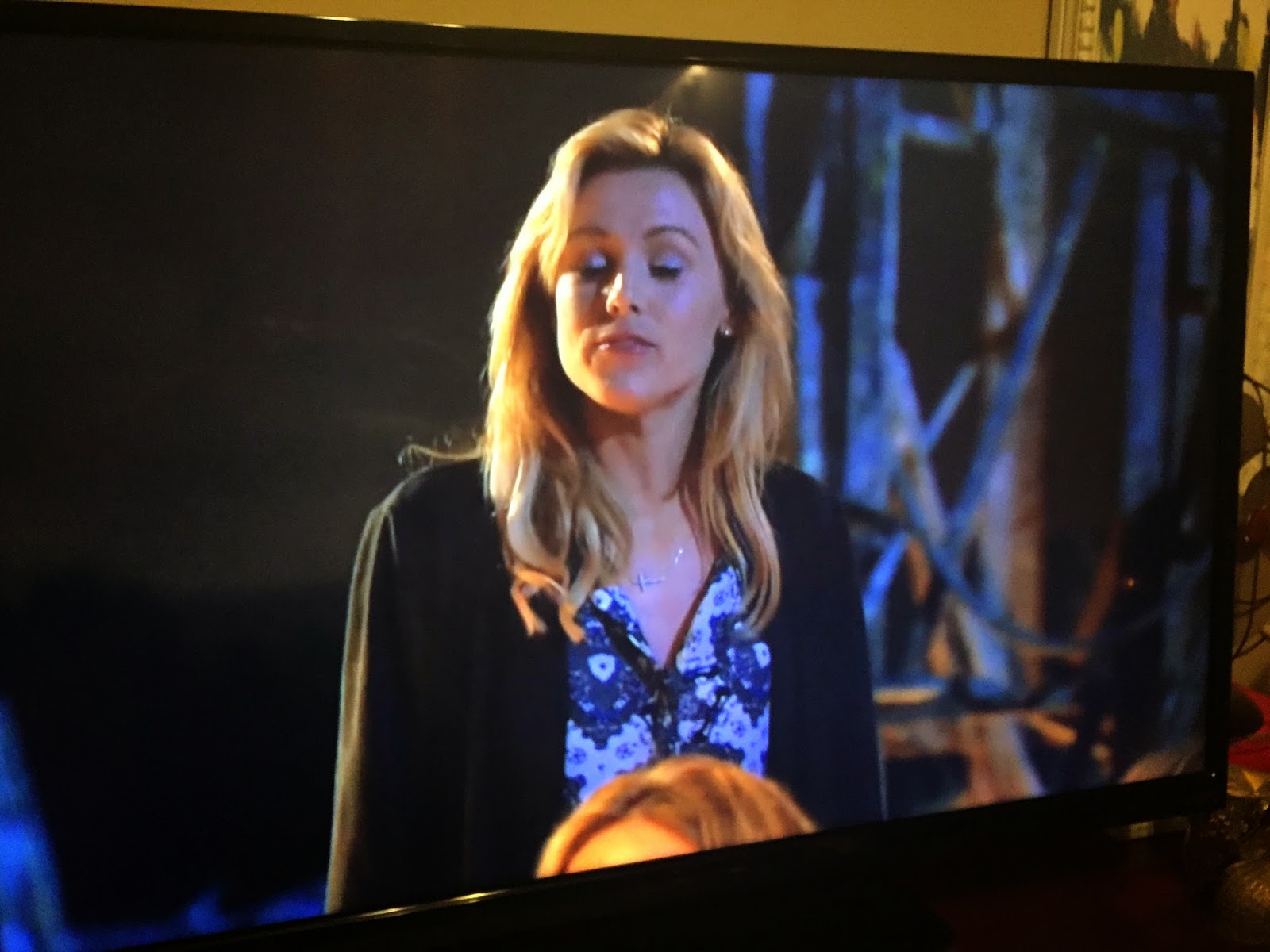 Chris is getting some one-on-one time with Kaitlyn (I think) and she's all, "I just want to laugh and be funny."

Oh, okay. FYI-- if you have to tell someone you want to be funny, you probably aren't that much fun or even funny.

Kaitlyn just can't live in Germany her whole life, so Iowa is going to be a damn dream come true!

Ashley S. wandered off and came back saying "boom!" and then something weird about, "go find your own truth" before going to find Chris. Chris asks her to go on a walk and baby gUrl says she wants to go hide. Then, she agrees to the walk.

Here's the thing-- Chris doesn't know she's drunk. He really has no idea.
He has one strawberry daiquiri  down at TGI Friday's and is a goner, so this level of drunkenness is totally foreign to him.

He thinks she just had a lot on her mind. I think I met her in college 400 times.

First Impression Rose gUrl gets some time with Chris and tells him that she isn't worried. It's going to work out and she's not stressed. She says it very plainly and clearly and follows it up with, "Does that make sense?" gUrls who try to validate every statement they make with a follow-up question like that are the worst.

Oh. Chris gave her a coupon for a kiss.
I bet the emoticons this guy sends in just one text message is asinine.

Like, if we went through his texts, we would, without a doubt, find this:

Kaitlyn gets the group date rose and she acted like a small child upon receiving it.

I didn't even make it this far last week, so I feel like I'm really progressing. Or regressing. I definitely meant regressing.

Oh, Whitney set up a little special date and got ole boy some special Iowa whiskey. You know, for a "special taste of home."

"I can't change what happened, I can only hope for what will happen." -- Whitney
Uh.

Oh. I cannot even with this virgin talk. These chicks think she's a gamer now. Like, it's some special trick. ASHLEY I., I AM PRAYING SO HARD FOR YOUR FATHER RIGHT NOW.

When gUrls start talking about "deserving" a rose, I check out. I cannot even dive far enough into what we do and do not deserve.

OH. THAT CHICK FELL WHEN SHE WAS WALKING UP TO GET HER ROSE. BUT, IT WASN'T EVEN HER NAME OR SOMETHING. WHAT.

That Kimberly chick might not get a rose again. And that is going to really, really hurt.
I would change my damn name when I got home!

So, Kimberly didn't get a rose twice. TWICE.
There is nothing worse in the world than experiencing junior high gUrl emotions as a full-blown adult and that has to be what she is feeling. The worst.

Anytime a guy says, "good luck" to you, you should probably be done with all things. Forever.

So, that was it until all the previews of the a dude getting out of a limo. I can only assume ABC has really gone full-tilt on us and is bringing in a male suitor for Chris.

Spot on. Excellent PSA too!