We are being punished. ABC, in what they are calling a "special" event is airing two episodes of Andi this week. I'd rather watch 6 hours of a birth video than two episodes of this.

Andi and the boyz are heading to Santa Barbara. I've spent a lot of time in Santa B and I prefer to call it, Saint Babs, but whatever.

Chris lets the boyz know that "Andi won't be in LA this week" and that they are headed to a new destination.

Nick meets up with Andi in Santa B and the two head out on a bike road along the beach. The bike ride was super awkward, as in, they didn't really ride, they kind of coasted and Nick was just dragging one leg. Also, I hate to let the cat out of the bag, but they did not ride those bikes from the beach to the hike. I've been on that hike before and there's no way they rode bikes. I did drink wine on that rock though.

"You have a great resume." -- Nick
If a boy told me that on a date, I would cry and ask him to marry me.

Andi and Nick head back to town for a meal at the Santa B court house. Nick is dressed like James Bond and all of his closest friends are married. Andi asks him why he isn't married. Rude. Nick lets her know that he was engaged "for a minute."

Something, something Andi liked talking to him about his past relationships.

Nick gets a rose. Andi wants to make him a believer. They kiss.

The group date is happening and the boyz are expecting "something musical." They head out in the limo and drink champagne like they're on a epi of "Real Housewives." : (

One guy ran up to her and hugged her. Andi is ready to shock them, so she introduced them to BOYZ II MEN. The BOYZ II MEN are just singing "I'll Make Love to You" like it's something they do every afternoon. Andi's boyz celebrate very awkwardly.

The opera singer is the most excited.

I don't even know. These guys are terrible. It's everything you want it to be. Sounds like a drowning cat is at a middle school dance.

Andi is also going to be singing. She's really focusing on the line of, "Yeahhhhhh."

All the fellas are dressed alike. Alike = idiots.

Marquel, hoping for a sound bite calls the experience a chance to, "separate the boys from the men." OY. : (

The guys get up to sing and there aren't words to describe how much I want it to be over.

This small gUrl in the audience hated it worse than I did. 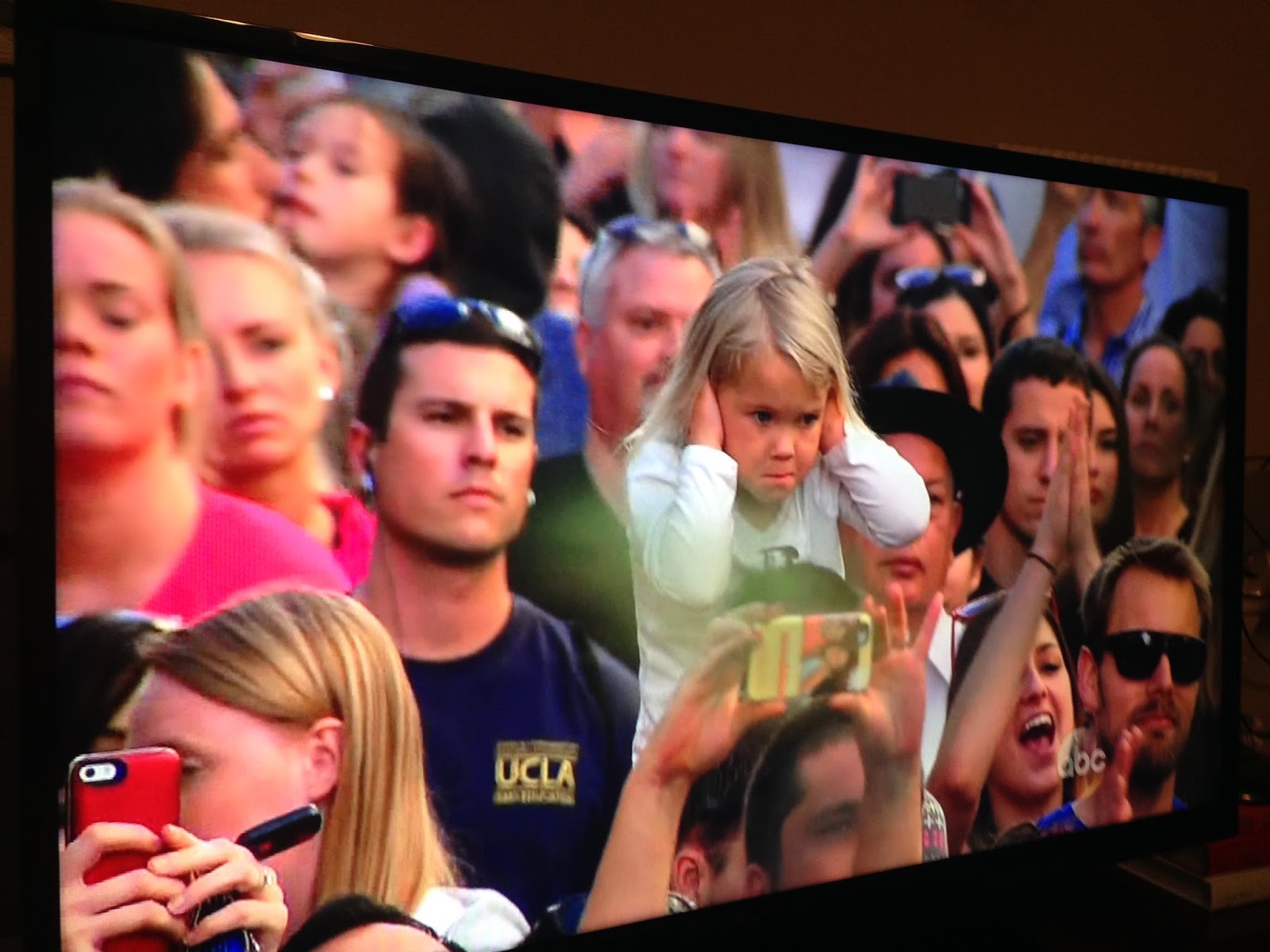 "I couldn't ask for anything more on this date." -- Andi
But, you could. Who told you that you couldn't?

Half of Andi's dress got left in a Punky Brewster episode. The other half had a lot of ruffles and was really tight on dat azz.

She told Marquel her favorite color was black. AWKWARD.

Marcus is excited to see her and wants to steal a kiss from her. That sounds like he is going to roofie her. I hope that's not what it means. As luck would have it, he didn't. They did kiss though.

She kissed like, everyone. All of the dudes. Including Josh, the former pro baseball player. I would hope that he has a current profession. Hopefully, it's something other than total skeeze. he got the rose.

Andi and JJ are dressing up as "old people." The Bachelor Producers are clearly running out of ideas for individual dates.

The two are supposed to be celebrating their 50th wedding anniversary. Honestly: dumbest thing I've ever seen on any television show ever. And I've seen every season of the "Real World" since 19995.

Back at the house there's a family emergency and Ron is leaving.

Finally, they got to take their makeup off and Andi is so excited to see "the young, handsome JJ."

JJ goes off on some weird tangent about being quirky and how he's also been afraid to be his "quirky-self." That conversation lasted 14 minutes our time, probably 3 hours without editing.

JJ's last relationship ended because he and his girlfriend were competing to see who can find the most friends. That is the first time I've ever heard that as a break-up excuse.

JJ got a rose.

During the middle of a convo with Eric, Andi received a giant boquet of flowers from Nick.

Josh and PantsBoy confront him and Andrew lets them know he's not going to engage in this. THEN, THEY FOLLOW HIM THROUGH THE HOUSE YELLING AT HIM.

If someone was following me through a house yelling, "Great test of character!" I wouldn't know how to react either, because irony. It felt like some sort of high school team bonding experience had gone terribly wrong. The most wrong: those pants designed and worn by JJ. At some point, you gotta just slip your khakis back on, bro.

In summation: game respect game, UNLESS YOU GETTIN' NUMBERS.

Andrew came back downstairs and the conversation continued like "normal adults." Andrew claims that someone just "handed" him a phone number. Then, they keep talking about some van. I'm gathering that when the cameras aren't rollin', these boyz be ridin' in big white vans and not limos.

Of course, that dude who is out unashamedly getting numbers handed to him got the final rose. BECAUSE THIS IS TELEVISION AND LIFE AIN'T FAIR, YOU KNOW?

The opera singer didn't get a rose tonight and honestly, low blow, Andi. He was the only guy who performed on the group date and she could've kept him around.

THEN. He cried, like, a lot and I wasn't that upset any more that she cut him.

"I love to be loved and I love to love." -- Opera Guy
Stopppppppppppp.

It's always amazing to me that guys get cut and act just as crazy as the gUrls would.

AND OF COURSE, THERE'S ANOTHER EPI TONIGHT, SO PERFECT.